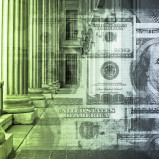 We’re hopeful that the NCUA board on Thursday takes the opportunity to posture itself and the Agency as a thoughtful and learning organization. It can be one that uses its experience during good and challenging times to adjust course, play up to the potential of the credit union charter, and never sacrifice the American consumer and owners’ trust in the system to perpetuate a past fixed position.

The NCUA should postpone the 2013 TCCUSF assessment.  This would demonstrate true engagement to manage the corporate balances, lessening  the view that it is locked into a process on auto pilot.  While no analysis may be totally accurate, the critical issue is the perception held by many in the credit union community that the relationship and trust between the governed and the agency needs to be restored.

The board must continuously manage both events and its industry relationship so the cooperative system can sustain its efforts to serve the economy and the American consumer.  Neither is served by strapping the industry with a payment to over-reserve the corporate funding without evaluating real-time conditions and whether another assessment benefits the workout process. The data recently released by the Agency shows why this is a sound course to take.

The June 2013 Status Report on the Corporate Investments

As of June 30, 2013, the total of the reserves established by each of the five corporates prior to liquidation shows that $5.4 billion of combined OTTI write downs are still unused.

At the same time the underlying securities which had a combined book value of $43.7 billion in November 2010 when the NGN program was established, have reduced their principal value to $27.3 billion. The ratio of remaining OTTI “reserves” to the current principal is 20percent, although the individual portfolios show a high of 26.6 percent for Constitution Corporate’s portfolio and a low of 12.1 percent for Southwest Corporate’s portfolio.  (See chart below)

At each corporate, almost all of the securities were purchased before 2007, with some bought as far back as 2002. The $5.4 billion in unused loss write downs, means these “loss” securities have continued to pay principal and interest.  The revenue from interest alone on these securities would be almost $50 million per year.  So even if the loss estimates are “near right” over the long term, the annual earnings in the meantime will offset some  of the original loss projections.

WesCorp’s Percentage of Losses the Highest of the Five Portfolios

When WesCorp was liquidated in 2010 and its securities were used to collateralize the NGN refunding program, the $16.4 billion of investments taken made up 85 percent of the corporate’s balance sheet.  All of the other earning assets had been sold. In contrast, Southwest’s balance sheet contained only 40 percent of its investments taken for the collateralization program.

Because WesCorp sold the other earning assets, its OTTI of $6.8 billion was 41.9 percent of the investments taken.  The $4.4 billion of losses as of June 30, 2013 also leaves only 34 percent of WesCorp’s initial OTTI reserves available; this balance is still 23 percent of the remaining investment principal.

The Importance of Real Time Data

The June 30, 2013 analysis provides multiple comparisons that can inform current and future reviews. It also  provides invaluable perspective on past decisions.

Three of the five portfolios from the liquidated corporates appear to have the potential for positive balances, which would provide payouts to the holders of the Receiver’s Certificates:  U.S .Central, Southwest and Members United.  All have the majority of their OTTI remaining—from 53.3 percent in Southwest’s case, to 70.6 percent for Members United.

The updated information, now three years after the last published OTTI totals, shows that each of these corporate’s portfolios continued their prior record of improvement from the valuations done in the midst of the crisis.   Not only have the securities continued to provide earnings, but also the level of OTTI losses has not been increased.  Each of these three corporates had reported positive and improving earnings for 2010 when they were seized.  Each  also reported positive capital even after expensing in full their OTTI loss projections.

The updated spreadsheets completed by credit unions and reviewed by Callahan & Associates also demonstrate the feasibility of monthly updates and the importance of timeliness. All the corporates routinely provided this information to their members prior to liquidation so they could track the progress and potential for improvements in their portfolios. By providing this information, management and member-owners were able to make informed decisions about both management’s oversight and portfolio trends.

Learning from Experience & Assessing prior Assumptions

NCUA’s response to the investment uncertainties in the five corporates provides valuable lessons for decisions about TCCUSF assessments, as well as future regulatory options in other unclear situations.

When the audited financial statements of the five corporates were issued as of December 2009, the auditors’ judgments for them  were that the OTTI “reserves” should be approximately 26.6 percent of the troubled assets.  ($11.6 billion by $43.8 billion)

However, when refinancing these same assets in the market, the market would provide only $28 billion in funding. This difference, or over-collateralization of $15.8 billion, is 56 percent more than the NGN balances. So the market funding doubled the collateral requirements, by comparison with the OTTI audited reserves, even with an NCUA guarantee backed by the full faith and credit of the U.S. government.

This doubling of the collateral requirement shows the steep price for certain liquidity that replaced the in-place workouts.  The critical question is, are the assumptions made at the time of the refunding over three years ago still valid today? Currently, there are $27.3 billion in investments plus $4.1 billion of prior TCCUSF premiums available to cover the last published NGN balance of $21.1 billion. This results in a collateral ratio of 149 percent.

Another assessment, as the NCUA has suggested, of $1.0 billion would increase the coverage to 154 percent – again double the amount of reserves when these investments were held on the corporate balance sheets. This overcollateralization is composed of $6.4 billion in performing investments, $4.1 in prior TCCUSF assessments and an additional $1.0 billion payment this year.

Have the assumptions used to estimate the value of these securities in the midst of the crisis remained unchanged since the 2010 re-funding? Is this still the market outlook today?

Even if the OTTI loss assumptions are “near right,” the retail credit unions have been penalized because of the loss of earnings from the securities  – even those that may eventually sustain losses.  At a 1 percent yield on the securities, each year of continuing performance brings over $10 million of earnings per $1 billion of book value. This earnings loss due to the refunding is in addition to the $4.1 premium expenses charged for future losses that may or may not be sustained.

What’s at Stake in the Corporate Assessment

Regulatory leaders must focus on building consensus that they are leading, evolving and creating solutions that fit the current times, along with the promise to change to fit the future. Being right is not the goal; rather, it is to ensure that past practices evolve and lead to better solutions in going forward that are trusted as the best-crafted approaches for the industry and the times. This means everyone – from the newest  Agency examiners to the longest-serving professionals – act to place the member-owner at the center of everything the industry does. The intention of a cooperative is to develop win-win solutions for all stakeholders – that is the surest driver of safety and soundness.