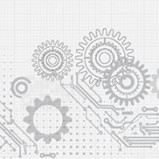 Last summer, a CBS news team visited the “world headquarters” of Our Family Social Credit Union ($521K, Omaha, NE). The report shows firsthand and up close the history, value, and operations of this family-focused, home-based credit union. Its story is so refreshing and powerful that CBS news devoted almost five minutes of coverage. It is an institution that should make every credit union member proud to be part of a cooperative system that supports this kind of model.

Our Family Social dramatically communicates the best of credit union tradition and current practice. At the end of 2013, it reported $521,016 in assets, a loan-to-share ratio of 98%, and a net worth of 9.57%. It captured 517 members out of an estimated 800 FOM.

Whose Model Will NCUA Prohibit Next?

CBS produced this piece months before NCUA’s proposal to prohibit home-based credit unions. If this is a business model NCUA wants to extinguish, then every credit union leader should be concerned. After all, could your way of doing business be the next one NCUA challenges?

Watch the story below, and post your reaction to CBS. Moreover, reach out to support your local home-based models — one is undoubtedly operating in your state. Unfortunately, Callahan can’t inform the industry as to which credit unions are based out of homes because NCUA refuses to release their names (see links below), but that should’nt stop our encouragement of these volunteers fulfilling a mission.

Click the image above to watch the story of a home-based credit union the entire industry should be proud to support.