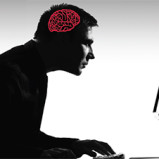 When NCUA liquidated Constitution Corporate FCU in November 2010 investment securities with a  principal value of $598 million were taken to collateralize the NGN notes.   The corporate had established OTTI reserves of $159 million (1) for credit losses on these securities which had been expensed from its retained earnings and member capital.

Using the list of securities published by NCUA in early June and posted on Coops4change, the $598 million investments have a remaining principal balance of $383 million at June 30, 2013.   The reduction in book value has come from principal pay downs of $ 160 million and actual/implied losses of $55 million.

This leaves over $100 million in OTTI reserves ($159 minus $55 million) for any further losses on the remaining $383 million principal balance.

When conserved, all of the Corporate’s negative equity was due to expensing the OTTI loss reserve.   Now that the securities are posted, it is possible to track the portfolio’s loss performance directly.

One observation is that if the credit union had written off only losses as incurred, it would still have a positive equity of $75 to $100 million. It would also have had the benefit of the cash flow and interest income from the securities.

Losses on Original Principal Balance at 4%

The spreadsheets also provide a longer perspective on these securities. The original principal value of the securities purchased from 2002 through 2007 was $1.464 billion.   The total actual cumulative losses to June 2013 on this initial book value are just under 4% or an annual loss rate of much less than 100 basis points.

Moreover, the losses are occurring much later in these securities than earlier predictions, which means the cash flows from interest and principal pay downs are greater than when the OTTI reserves were first estimated.  This result would have lowered the original OTTI cost estimates.

The Constitution spreadsheet is the first of five that will give credit unions the chance to follow in real time the actual losses on legacy assets from the five corporates seized by NCUA.  By comparing actual losses versus the OTTI expenses that were taken out of membership capital and retained earnings, credit unions will be able to make informed judgments about regulatory actions.

For example, the cumulative losses can be compared to the reserves each corporate had set up to assess the prospect of recovery on the Claim Receipts for Member Contributed Capital issued by NCUA.  The actual losses are also a critical indicator of the need for additional TCCUSF premiums to cover losses beyond the OTTI reserves totals.  Most importantly, credit unions can judge the accuracy of the loss estimates they were required to expense in their membership capital accounts in the middle of the crisis.

In addition to the benefits described, the spreadsheets provide a common starting point for evaluating past actions and projections about the future.   While only a fraction of the $40 billion legacy assets’ performance has been posted, Constitution was portrayed as hopelessly insolvent.   If there is a prospect of a better than estimated outcome here, what might that portend for the portfolios of the other four corporates?

In a November 2010 report comparing estimates of future FDIC and NCUA assessments, CUNA forecast TCCUSF fund premiums for as much as 80.4 basis points out to 2021.    With the real time tracking now available, each credit union can judge for itself the prospect that corporate losses will exceed the conserved corporates collective OTTI reserves and whether greater losses would require any premiums beyond the $4 billion NCUA has already assessed.

With various firms and credit unions working on the spread sheets, it is estimated that the remaining four Corporates should be available not later than the end of July.

(1) Lifetime OTTI reserves as of June 2010 for each corporate are published on page 41 of the Corporate Crisis and Regulatory Reform edition of the Callahan Report.  All data is from 5310 call reports and individual corporate financial statements.