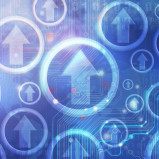 The prospect should be high for credit union owners of Members United and Southwest to recover some of the losses on the portfolios of these two conserved corporates.  Each had positive regulatory capital when they were conserved in September 2010 – even after all other-than-temporary impairment (OTTI) projected losses had been expensed.  Southwest’s capital was $86.1 million and Members United’s was $29.5 million.

In addition, both corporates had securities that had recovered some of their OTTI valuation losses, but these amounts could not be immediately recaptured under accounting rules.

An analysis of the securities taken from the corporates when they were conserved to collateralize the NCUA Guaranteed Notes refunding program shows interesting results: For Members United and Southwest Corporate, respectively, almost 70 percent and 54 percent of the OTTI security write downs are still performing.

NCUA’s order of conservatorship for both corporates stated that the action was necessary “to protect the interests of the members” and to “conserve the assets” of each corporate.  In each case, the members were, as in the case of U.S. Central, given Claim Receipts for Member Contributed Capital, which gave the dollar balance of paid-in capital and Member Contributed Capital as of September 2009. This is the amount each corporate member can receive in full or on a pro rata basis from the funds remaining after the NGN liabilities are paid. With the June 30, 2013 latest numbers plus the original capital amounts, the prospect of payouts would appear to be very strong.

The spreadsheets for each corporate also demonstrate the value of having current data readily available.  Before it was conserved, each corporate routinely provided detailed monthly updates on its securities and any changes in market unrealized losses (accumulated other comprehensive income, or AOCI) or OTTI.  For example, shown below is one the charts that Members United provided its members giving the total status of its portfolio throughout the period of crisis and market dislocation.

From this chart, one can see the overall improving trend from the depth of the crisis in March 2009 through August 2010. The fair market value had increased by over $572 million, or 41 percent, in just one year.  From the lowest point in the crisis cycle to August 20120, one month prior to conservatorship, the combined potential losses of OTTI and AOCI had been reduced by over $900 million!

Transparent and Timely Information for Members

Today, NCUA updates the information on the NGN notes twice per year and only in a summary format. Further, the data is released almost five months after the most recent valuation date.  As a consequence  the most recent performance information on the securities is not current for decision making, nor is it trended to see the overall performance of each corporate’s assets.  Even though many of the factors used in the assumptions when the initial OTTI estimates of losses have changed, there is no indication that NCUA has updated any of these model variables.

NCUA states the purpose of each conservatorship was to protect the interests of the [corporates’] members.  In order for members to be confident that their assets are being carefully conserved, timely and complete information is necessary.  This obligation is recognized in the issuance of the Claim Certificate to each holder that acknowledges that recovery is a possibility due to, “for example, an error in accounting estimation.”

Credit unions that own these Certificates need timely data on the recoverability of their conserved assets. NCUA has an obligation to keep them informed, just as the corporates did monthly for their members prior to being conserved.   A fundamental tenet of cooperatives is member economic participation and ownership, both of which require transparency and timely reporting. Shouldn’t the regulator be able to provide the same monthly updates that the corporates themselves provided members prior to their assets being taken from them?

Co-Ops for Change’s final article in this series on the conserved corporates’ spreadsheets will give the latest update on WesCorp’s investments and compare the overall performance of the five investment portfolios.