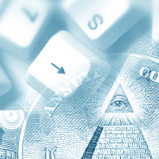 How Well Did NCUA Manage The NCUSIF In 2013?

Earlier this month, I urged credit unions to step up oversight of the NCUA’s management of the National Credit Union Share Insurance Fund. I wrote the CreditUnions.com article NCUSIF’s Credit Union Owners Need To Step Up Oversight after reviewing the fund’s December 2013 financial report that showed the fund had continued to invest long term. Even as NCUA’s examiners and staff economist beat the drum about interest rate risk, in December, the NCUSIF invested $400 million in six bullet Treasury bonds with a duration of 7.75 years.

One credit union CEO has analyzed the fund’s investment decisions over the past 12 months. Says this CEO:

“If you were a professional, seasoned investment manager convinced interest rate risk was the No. 1 threat on the financial planet due to an imminent, rapid surge in interest rates what would you do?

Professional money managers would do at least two things:

Click here to read the analysis through November 2013. Please note, however, market value loss of the NCUSIF portfolio at December 2013 is now $357 million as opposed to the $253 million stated in the CEO’s analysis. This is not a stress test or hypothetical loss; this is the actual decline in market value. This total is now approaching two full years of interest income for the fund.

The critical issue runs deeper than the loss in the NCUSIF’s market value. It’s even larger than the fact that NCUA’s own management of the fund is contrary to the direction it is giving credit unions. The critical issue at hand is that when NCSIF might need liquidity, the investment portfolio will be underwater. If the market value is less than the book value, then NCUA will have to sell securities at a loss if it needs cash.

This liquidity management challenge is entirely new. During the last financial crisis, the NCUSIF was the largest borrower from the Central Liquidity Facility (CLF), with more than $10 billion for just two institutions. That option no longer exists because NCUA dismantled the cooperative liquidity safety net developed by the corporates and the CLF.

The NCUSIF must now manage its liquidity to ensure funds are readily available for workouts, capital infusions, or even liquidations without creating an investment loss for the credit union owners. To assess a premium to cover market losses would place additional burdens on the system at a time when counter-cyclical regulatory actions are most needed to fulfill the cooperative’s market role in a crisis.

Respect For The Fund’s True Owners

Every time any credit union member deposits $1 in their credit union, the credit union sends 1 cent to the NCUSIF. Credit unions are re-assessing their portfolio management strategies in light of the Federal Reserve’s tapering actions — shouldn’t the NCUSIF do likewise? How will the NCUA board address this issue as market losses mount? How does the board demonstrate its respect and responsibility to the NNCISIF’s ultimate owners, the credit union members whose deposits are the foundation of the fund?