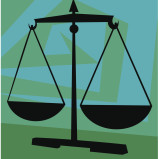 Today there is a widespread perception by many in the credit union community that the relationship between the governed and the Agency needs to be restored.  Credit unions are seeking leaders who will participate in open dialogues, support decisions with timely and complete data, actively seek options to promote the cooperative model, and restore the confidence of member-owners that their interests always come first.

While this “rethinking” could come from current Board members, it especially highlights the capabilities needed in the continuing process of selecting new members for the NCUA board.

The need for a better partnership is well illustrated by the NCUA Board’s July 25th decision to assess an 8 basis point, $700 million insurance expense for the TCCUSF.  The decision was unwise, hurtful to millions of members, unjustified and, worst of all, unnecessary.  It raises questions about NCUA’s support for the cooperative model, one that depends on consumers’ willingness to believe in the power of ownership.

In a schedule on NCUA’s website, the annual rate on outstanding borrowings under the $6 billion Treasury line for the TCCUSF is .157%.  The annual cost of rolling over a $700 million note at this rate is approximately $1.0 million.  Instead, the Board is forcing credit unions to expense $700 million from their income this quarter.

The TCCUSF has an open-end line of credit available until 2021, intended for funding cash-flow mismatches from payments under the NGN program.  Instead of paying down, NCUA should redraw on this open-end line.  This is exactly what the Agency did in July 2012, bringing the subsequent total Treasury borrowings to $5.1 billion. The Agency’s  decision to not roll over this November’s payment  not only has no factual justification, but also contradicts  the very action taken just one year earlier.

Why would  a cooperative regulator, focused on members’ best interests,  force credit unions to expense $700 million versus paying $1 million in interest for one year?

Hurtful: 328 credit unions will be forced into losses;  $700 million taken from members’ pockets

Because the $700 million will be expensed by all credit unions this quarter, it will instantly reduce earnings and net worth by that amount.  Using the 7% well-capitalized requirement, this assessment will reduce the industry’s potential asset growth by $10 billion, along with commensurate loan growth, unless credit unions choose to lower their average capital ratios.

This $700 million comes out of members’ pockets – through fees or higher loan and lower savings rates; it inhibits lending not undertaken due to capital constraints.

In addition, NCUA staff estimates its action will probably cause 328 (6.86%) credit unions to report negative earnings, including 51 over $100 million in assets.  Another 39 will report a decline in net worth below 7% or 6% PCA levels, subjecting them to increased reporting burdens.

In 2011, the NCUA Board authorized over $10 million to set up a special accounting capability to track financial reporting for the TCCUSF and NGN program.  The last information posted on NCUA’s web site for the NGN program is from December 2012. It shows cash balances of $1 billion and $6 billion of performing assets or a total of $7 billion in excess of remaining  NGN balances.  That was seven months ago.

Updated information on the outstanding NGN notes, cash balances and performing assets should be available to determine whether any liquidity “contingency”  is remotely possible.  This information is easily tracked; the latest legacy investment balances listed on Coops4Change show $27 billion as of June 2013.

A year ago, in the July 12, 2012 Stabilization Fund Assessment Request, the staff presented a sources and uses of funds statement that  forecast to the end of the year.  It showed current cash balances and expected flows from the AMEs along with other sources of cash. This information was conspicuously omitted in the July 2013 board memorandum.

Did staff have the numbers to show the Board? If not, how can a reasonable judgment to take $700 million from credit unions be made relying on data more than seven months old and omitting any forecasts?  If the numbers were available, why weren’t they given to the Board as was done the year earlier?

Other  information provided the Board  was the June 30, 2013 financial statements for the  TCCUSF.  It shows $864.1 million in net income for the first six months, primarily due to a reduction in the loss reserve of $835.5 million.

This loss reserve reversal is more than $150 million than the $700 million premium assessed for the TCCUSF! It would be critical to know why this occurred and an explanation of what it could mean for the future.

Unfortunately, the over-assessing for insurance and then reversing prior judgments is a common pattern in NCUA’s financial management.  For example in the  NCUSIF,  NCUA assessed a $929 million premium expense in late 2010, even though there was abundant evidence that no premium was necessary with the fund’s loss reserves more than 20 times historical loss rates.  (See September 20, 2010 article: Is the NCUA Board helping or hurting credit unions’ soundness?).

However in 2011, one year later,  $526 million of loss reserves funded by the premium were reversed; in 2012, there was further reduction of $76 million. In the June 2013 NCUSIF financial reports ,NCUA  showed another $109 million loss provision reversal.  NCUA stated this was because “the reserving methodology is now more proactive, factoring in economic trends as well as more detailed credit union performance indicators.”

These $700 million in NCUSIF reversals and NCUA’s most recent explanation, suggest the prior methodology was inadequate at best and, at worst, substantially in error when NCUA levied  its 2010 assessment. Is the same misjudgment occurring today with the TCCUSF assessment? The$864 million loss reversal in the TCCUSF accounting this year suggests something isn’t being properly tracked.

The Liquidity Drought: Going from 7,000 to 124 members, the Cooperative River has Run Dry

In its 2012 Annual Report, NCUA provides this description of defunding the Central Liquidity Facility:

Before NCUA’s 2012 defunding, virtually the entire industry had access to the industry’s liquidity safety net, including NCUA.   Is NCUA’s $700 million TCCUSF assessment an early example of the vulnerability the system now faces as a result of dismantling the CLF?

What can credit unions do about a regulator whose actions continue to undermine the industry’s immediate efforts to serve members and long-run system stability?  Sue to enjoin the assessment?  Take the record to Congress for investigation?  Ask the Administration to look into its own appointed officials’ conduct? Actively seek new leadership?  Or, just be quiet and pay the piper?

In a democratic cooperative system, members will get the leadership they demand.

To lead successfully, NCUA Board members must be aware of the lessons of the past, have full access to financial options, and be capable of offering alternatives fashioned from cooperative principles.  With these qualities I am confident that change can happen within NCUA and that the cooperative system will again be seen as the most attractive option for America’s consumers.

← $5.4 Billion of OTTI Reserves Remaining Create An Opportunity for NCUA Leadership
Why Regulating Financial Cooperatives is Different from Banking Regulation →