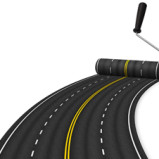 At the Nov. 21, 2013, board meeting, the NCUA board finalized the agency’s proposed CUSO rule (part 712 CUSO Service Organizations) that revised its supervisory authority over credit union service organizations. Among other requirements, CUSOs and their subsidiaries now must file their financial statements directly with the NCUA.

In explaining why he voted affirmatively for the rule, board member Michael Fryzel said:

“We moved forward to discussing what would be in a CUSO rule back in July 2011, when the first rule was considered. We were relatively close to a decision in 2012, but some questions came up. Number one was whether or not NCUA had the legal authority to accept this information from CUSOs. I was concerned about that and asked our general counsel to get a legal opinion from outside counsel as to whether or not we had the authority to collect this type of information. That legal opinion was obtained, and I had an opportunity to read it as well as the other board members and staff. My conclusion from reading it is we did have the legal authority.”

According to Fryzel, as stated in a public meeting, he and the other board members used the legal opinion of outside counsel to establish the legal basis upon which the they approved the proposed regulation. This outside opinion was pivotal in the board’s action; therefore, Callahan & Associates submitted a Freedom of Information Act (FOIA) request on Jan. 15, 2014, for the following information:

“The FOIA does not require an agency to conduct an investigation, answer questions presented as a FOIA request and create records in response to a request. With regard to 2) and 4) these questions are presented as a FOIA and are therefore improper.For 1), 3), and 5), your request necessitates additional time to consult among two or more components of NCUA having substantial interest in the subject matter. … We anticipate responding to your request by March 6, 2014.”

All Members And Staff, But Not Credit Unions

Per Fryzel’s public comment, NCUA staff members and all the NCUA board members read the legal opinion. It was a critical factor in proceeding with the rule two-and-a-half years after it was proposed. However, the credit unions affected by the ruling are not able to see the opinion, its reasoning, or who authored it — all of which is necessary information to understand future CUSO actions and regulatory interpretations.

NCUA’s refusal to provide the opinion and the circumstances surrounding it is more akin to an agency participating in a secret proceeding for an NSA terror surveillance request than a public regulatory board implementing rules affecting upward of 90 million credit union members. NCUA is refusing to provide and discuss, in public, the legal foundation for a rule passed during a proceeding that is supposed to be an open process. These are supposed to be facts that are part of the public record, not part of a secret deliberation.

NCUA’s response raises the question: What is it trying to hide?

We’ll wait until March 6 to see the FOIA responses. Is it naïve to expect it might require the aid of a member of congress to request information on the opinion in question and all the accompanying material for the full story to see the light of day?

← How Well Did NCUA Manage The NCUSIF In 2013?
NCUA’s Proposal Would Prohibit Home-Based Credit Unions (part 1) →