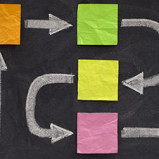 At its December 2013 meeting, the NCUA board voted 2-to-1 for a proposed new rule  (12 CFR part 701.40)  that would do away with credit unions’ ability to operate from homes. The 30 day comment period is over. If finalized as presented, the rule would immediately require home-based credit unions to provide a public exam location. Within two years, the proposal dictates that all federal credit unions must “obtain and maintain a business office not located on the premises of a private residence.”

The proposal eliminates any credit union from operating in a home or location of a private residence or attached structure, such as a garage. Moreover the proposal’s intent, stated below, appears more far-reaching than presented.

The NCUA board’s discussion was contentious. Board member Michael Fryzel was the dissenting vote. He challenged the proposed rule’s factual basis, the authority in the Federal Credit Union Act for NCUA to require commercial space, and the idea that the agency, rather than an institution’s board and managers, should dictate how a credit union grows and runs its business.

According to the proposal, 81 federal credit unions ranging in assets from $34,000 to $12 million fall under NCUA’s home premises definition. Because there have been few new charters in recent years, it is safe to assume that most of these institutions have long operating histories.

To understand NCUA’s basis for the rule and determine whether the staff presented a fair characterization of the affected credit unions, Callahan & Associates submitted a Freedom of Information Act (FOIA) request for the names, charter numbers, and charter dates of all 81 federal credit unions.

NCUA responded, in part, as follows: “This letter responds to your FOIA request acknowledged by this office on January 22, 2014 … Your request is denied in full. We withheld three full pages responsive to your request.”

Why does NCUA refuse to identify these credit unions? At a minimum, once the credit unions are known, movement resources and assistance can be given, if required, to remain in business.

Is it possible the credit unions would present a different picture of their circumstances than they give the board? If they have been operating successfully for decades or longer, how is their physical headquarters inconsistent with “modern-day expectations of financial institutions?”

Additionally, as currently presented, this rule also affects hundreds of church, school/educator, government/military, and similar credit unions that operate in secure and/or private locations. Many credit unions beyond the 81 home-based institutions in question would not be able to meet the criteria of providing commercial space that is “open and available to the general public and that is generally accessible during normal business hours.”

Finally, is this new business requirement about location and hours merely a precursor to future rules that will tell credit unions how and when to operate their institutions?

The Prevalence And Importance Of Home-Based Business

The changing demographics of employment in America and the widespread adoption of Internet and networked business models have dramatically changed the role and capabilities of home-based businesses. The U.S. Small Business Administration admits as much on it’s website:

“What do Apple Computer, Hershey’s, Mary Kay Cosmetics, and the Ford Motor Company have in common? These well-known corporations all started out as home-based businesses. In fact, more than half of all U.S. businesses are based out of an owner’s home.”

Might a home-based model be a valid option that facilitates credit union startups? The first credit union in America, St. Mary’s Bank, was started in the home of the institution’s first president. That location is now the site of America’s credit union museum, which describes the startup operations as follows:

“With Counsel and guidance from Canada’s credit union movement leader, Alphonse Desjardins, and the commitment of local attorney Joseph Boivin to serve as the first president and house the credit union in his home, Monsignor Hevey and his parishioners established the first credit union in the United States in 1908.”

The Internet is changing the way all business is done, from the biggest manufacturing enterprises to the smallest firms. For example, the website Etsy.com “facilitates small, mostly home-based businesses of entrepreneurs around the world,” according to its mission statement. The site’s users sell an estimated 7.5 million items each month via the online marketplace. Artists, craftspeople, and other small goods manufacturers who could never afford the costs of building their own website or open a storefront are able to take advantage of the Etsy platform to open virtual storefronts in less than an hour. Etsy enables individuals to build capital and learn enough about the market’s interest to move beyond the virtual presence someday — if that is the goal. But for many, the virtual, home-based option is sufficent for their business to survive and thrive.

In an August 2013 interview, Etsy CEO Chad Dickerson described the website as a “platform that provides meaning to people and an opportunity to validate their art, their craft.” Even in the virtual networked model, Dickerson states that “all commerce is about real human interaction.” With its common bond, that is also a vital aspect of the credit union model.

Business models come in an infinite variety in a maket economy. Credit union business designs continue to evolve with home teleworkers, shared branching, and other networked service options that demonstrate the flexibility and inventiveness of the credit union charter. NCUA’s proposal would eliminate this widespread home-based model from credit union design.

Apart from prohibiting a  growing entrepreneurial trend in the American economy, NCUA’s home headquarters ban is based on questionable factual and legal premises. In the rule, NCUA presents home-based credit unions as unsafe for examiners, citing “aggressive animals, lack of proper seating, lighting, and rest room access; … exposure to allergens; poorly maintained driveways that pose hazards to examiners’ vehicles; and low clearances or dilapidated stairways to access basement home offices.” Moreover, “the lack of a business office impedes the ability of the FCUs to thrive and grow by obtaining new members or providing additional services to existing members.” In addition “the proposed rule intends to ensure all FCUs operate in a manner consistent with modern-day expectations for insured financial institutions.” (emphasis added)

During the December board meeting, Fryzel challenged the above statements in two separate objections to the proposal, which included:

According to the mission statement of the OSCUI, the office “supports the success of small credit unions … (and) recognizes the unique role small, low-income designated and new credit unions play in the lives of their members and communities. We are committed to helping these credit unions not only survive, but thrive.”

OSCUI has thrown its weight behind this rule that will likely put 81 credit unions, as well as countless others, at risk of going out of business. As the saying goes: “with friends like these…”

Will credit unions, large and small, who might not be subject to this rule today, rise up and oppose this unwise and unsupported effort to eliminate this important option for the movement?