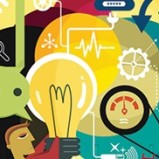 Doug Alldredge, CPA and chief financial officer of First Credit Union in ($402.5M, Chandler, AZ) has compared the capital requirements for two $100 million institutions — a bank and a credit union — with the same asset composition.

In the table below, Alldredge has created a balance sheet with assets composed of 29% investments, 35% home mortgage or home equity loans, 21% consumer loans, 5% business loans, and 7.5% other and fixed assets.The remaining 3.5% of the hypothetical asset total for capital reserving purposes is unfunded business loan commitments.

This balance sheet approximates a typical community credit union with a diversified loan portfolio and the current level of liquidity or investments. Using NCUA’s risk-based capital formula, the credit union would require $8.1 million to be at a 10.5% well-capitalized level. Banking regulations require only $6.3 million.

Credit unions would be need to keep 128% higher capital level, or $1.8 million per $100 million of assets, even though credit union performance has been superior to bank performance in all economic cycles.

Credit unions can achieve this higher level of capital only by charging more on loans or paying less on savings than their banking counterparts.

Credit union system performance has been significantly stronger than banking, especially in the Great Recession during which credit unions continued to lend even as financial markets froze. The current cooperative model of a simply leverage ratio has worked well, is easy to understand, and is simple to calculate. On the other hand, the-Basel generated RBC formulas have not prevented individual and systemic losses are becoming increasingly complex to administer at the institution level.

As you consider the example from Alldredge, ask if credit unions really need to alter their 100-year-old capital adequacy approach of a simple leverage ratio? Shouldn’t RBC calculations be a secondary tool, like other modeling efforts, and not the way in which credit unions comply with capital requirements?