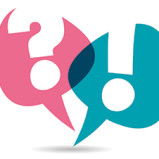 NCUA’s proposed rule for changing how credit unions comply with their statutory reserve requirements has generated debate, modeling, and discussion about how to determine a credit union’s level of net worth. Unfortunately, the risk-based capital (RBC) approach, as attractive as it might seem, is not the best framework for how cooperatives should determine their level of reserves. Here’s why:

As Congress deregulated the banking industry and takeovers using stock became more prevalent, the system needed additional measures of capital adequacy to offset the drive for maximum ROE. In 1991, RBC was added to traditional leverage ratios — currently 5% for banks — to provide regulators and the industry a better means to negotiate the tension between shareholders’ drive for the highest returns and regulators’ concerns over too much risk. Now, after nearly 25 years of risk-based efforts to set the right level of capital, there is a growing consensus among regulators, academics, and expert commentators that RBC, and similar Basel efforts, does not work as well as a simple leverage ratio. (See Professional Reviews Of Risk-Based Capital’s Role In Banking)

Banks have had risk-based capital requirements for nearly 25 years, but this approach neither prevented the latest crisis nor stopped significant failures in the banking system. Moreover, Treasury Secretary Hank Paulson modified the TARP bailout authorization and used money intended for the purchase of troubled home mortgages as supplemental capital that he injected into the banking industry.

Credit unions required no such assistance. Even the corporate stabilization funds were authorized as temporary funding rather than capital. NCUA relied on Wall Street rather than credit union financing while waiting for the pay downs from the longer-term investments seized from the five corporates in September 2010. NCUA has now estimated that the corporate stabilization assessments, which were meant for future losses, are now at least $1.9 billion in error.

Credit unions’ reserves are not capital in the traditional definition; they are not funds put at risk for a return by private owners. Instead, credit unions retain their reserves as a collective resource to benefit current and future members. Today, virtually all credit unions have more than sufficient reserves to meet their primary statutory purpose as a cushion against potential losses. Moreover, the change to GAAP accounting means credit unions fully account for most credit losses in the allowance for loan losses and their net worth is mostly surplus. Almost all credit unions are now financially self-sustaining with net worth far in excess of the well-capitalized level of 7%.

The PCA net worth requirements imposed in 1998 by the Credit Union Membership Access Act introduced capital levels as a ratio or static concept at a point in time. Nevertheless, the only source of this capital/net worth continues to be from a flow or set aside from earnings.

So, how should cooperatives be thinking about using this collective resource, which at December 2013 totaled more than $115 billion? Note, this total does not include the $7.4 billion already expensed and set aside for loan losses, which should cover most of the credit losses that are credit unions’ traditional purpose for reserving.

Every credit union has the responsibility to allocate members’ collective savings to enhance the cooperative’s purpose.  Such an investment is critical to credit union innovation and future business strategy. This is the discussion that is vital for both individual and system-wide success and is the discussion the industry should be having. Instead, the RBC framework diverts attention to multiple formulations for financial modeling that, although useful at the margin, are mostly irrelevant to the strategic future of the cooperative model.

Asking the wrong question will not lead to the right outcome. Imposing an RBC approach is a misunderstanding of both the cooperative model and the board and management’s responsibility of determining how the credit union should invest excess reserves for members’ future benefit.

NCUA’s 198-page RBC proposal is a solution searching for a problem. It is based on the idea that capital adequacy for thousands of separate credit unions can be determined through a national formula. And if the formula doesn’t work, NCUA is proposing that its examiners alone have the authority to determine what a credit union’s proper capital level must be. This rule would significantly diminish the responsibility of boards and management to make critical financial judgments, determine the strategic direction of the credit union, and oversee policy — a primary responsibility of cooperative financial institutions.

However, at this stage, these fundamental shortcomings likely will not be enough to stop NCUA from enacting the rule. No trade association has the stomach to fight a proposal, even if it is neither logical nor authorized by the Federal Credit Union Act. The multiple listening sessions, alternative formulations, or political tradeoffs with NCUA will only enhance each association’s role as necessary go-betweens through which credit unions’ concerns and cooperative design are simply compromised away.

There is one solution to the rule-making impulse that resulted in this flawed concept: Congressional legislation could provide any credit union affected by an examination or supervisory directive with an appeals process to an independent council about any DOR or supervisory mandate with which it disagrees. (Read about the framework for this vital legislation in One Action Credit Unions Should All Agree The System Needs). Although this article speaks in opposition to the proposed risk-based capital rule, it is nonetheless vital for the credit union system to have an ongoing dialogue about capital. Every credit union management team monitors performance and adjusts goals periodically based on judgments about future needs and opportunities. Capital adequacy is a dynamic process, not a static ratio outcome. The most important issue for credit unions is not how much capital is enough, but rather how do they invest their capital to best serve members?

But first, it is important to see why this proposal is so wrong-headed.

As shown in the following chart, credit unions, collectively and individually, came through the worst financial crisis since the Great Recession with system capital intact. The net worth ratio in the graph — the simple PCA leverage ratio, net worth-to-total assets — never fell below 10%. Moreover, the system was more than adequately capitalized, whether using NCUA’s old risk-based formula or the new risk-based capital (RBC) model. This is strong evidence there is no need for the rule. The proposal does not indicate how the rule would have changed the past or prevented any losses to the NCUSIF. In short, the current system works.

Even more importantly, the credit union system kept lending to members. During the worst years of the crisis, 2008 and 2009, the cooperative system experienced the two largest years of loan originations in its history: $525 billion. Keeping credit flowing was a major public policy priority, and the credit unions performed well in this vital countercyclical financial role.

For All Credit Unions

Moreover, the 2008 dip in the ratio is primarily the result of NCUSIF assessments of more than $1.0 billion. These assessments were based on exaggerated estimates of potential losses — so much so that in the following three years, the NCUSIF reversed almost all of the assessment amounts while lowering its allowance account to more normal levels. (Learn more.)

In addition, there was never a capital shortage in the cooperative system. The NCUSIF’s allowance for losses itself was so overfunded that every credit union reporting a net worth ratio below 7% at December 2010 could have received an NCUSIF capital infusion to the 7% well-capitalized level. Even then, there would still remain more than $200 million in the loss reserve. (Learn more.)

Credit unions demonstrated their countercyclical ability despite NCUA’s pro-cyclical actions, which worsened the impact of the external crisis by its unneeded insurance assessments and other regulatory actions. In sum, the credit union approach to capital accumulation and adequacy proved viable in the worst real-world financial stress test imaginable. There is no reason to change the system, especially to one many observers believe has failed the banking industry.