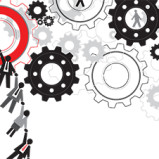 One Action Credit Unions Should All Agree The System Needed

In its last session, Congress introduced the Financial Institution Examination and Fairness Reform Act (HR 3641). This bipartisan legislation would have established an independent appeal process, outside of the existing ombudsman appeals structure, for regulated depository institutions that disagreed with examination or supervisory directives. Such an appeals process would be useful if NCUA makes final its RBC proposal that imposes regulatory uniformity on decisions more appropriately made by a credit union’s leadership. The cooperative model is both financially and operationally different from banking. Its purpose is to serve members using broad charter authority that is as flexible for a credit union with $500,000 in assets as it is for one with $50 billion.

Just as the cooperative model is financially and operationally different from banking, so, too, is the cooperative regulatory structure. In banking, three different agencies are responsible for chartering and supervision, insurance, and liquidity. There is an inherent check and balance with clear primary responsibilities. NCUA has all three responsibilities in one organizational structure under a single board. To counterbalance this centralization of power, an independent review council with its own staff separate from NCUA should be established. Such a council would provide a means for appeal and arbitration for NCUA directives with which a credit union disagrees.

An independent review council would also enhance the distinct characteristics of the cooperative model. Cooperatives are instruments of self-government, based on self-help and self-improvement. Their model requires transparency and common knowledge. Therefore, the council’s work would be public and it would conduct all review decisions in open sessions with full transparency. The council, composed of three to five appointed members, would make decisions that were in the interests of the credit union’s members. Developing the scope of the council and its procedures is a vital mechanism in ensuring RBC or other regulatory decisions can always be balanced with cooperative design and purpose.

The task of drafting this legislation should be coordinated with the RBC process so legislation can be introduced in parallel and the need for this enhancement of the cooperative charter is readily apparent. Given all of the difficulties of RBC outlined in NCUA’s Risk-Based Capital Proposal Is The Wrong Idea At The Wrong Time and The Potential Harm Of A Risk-Based Capital Rule, this might be the best way to balance the regulatory prerogatives NCUA wants with the need for a check and balance of regulatory directions.

What would your suggestions be for this legislative initiative?