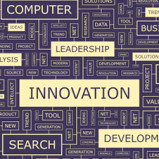 Following the Great Recession and financial crisis, there have been many commentaries and studies about why the risk-based capital requirements did not prevent severe losses. The following are conclusions from several of these.

He replied: “First, we saw very early some of the worst excesses of the shadow banking system … The second thing that I think contributed is that we had some very simple regulations, a leverage ratio that was a very simple test: How many assets to you have relative to your capital? That helped save the core of our system from the worst excesses that were seen in the US …” (Bloomberg Businessweek, Dec. 12, 2013).

The Failure Of Risk-Based Capital Regulation

“The Failure of Risk-Based Capital Regulation,” a paper released Jan. 31, 2013, by three authors of the Mercatus Center at George Mason University, concluded: “Since 1991, the Federal Reserve has employed a risk-based measure of bank capital as its primary tool for regulating bank risk. However, RBC regulations are easily exploited and susceptible to regulatory arbitrage. Evidence indicates that such regulations have increased individual bank risk as well as the systemic risk in the banking system. In addition, RBC regulations do not appear to improve the Fed’s identification of risky banks, even when used in conjunction with the standard capital ratio. On these grounds, we propose the Fed end its use of RBC regulation and return to the capital ratio as the primary basis for bank regulation.” (Hogan, Meredith, Pan, Evaluating Risk-Based Capital Requirements, Jan. 31, 2013, Mercatus Center, George Mason University)

In a “Financial Times” Dec. 12, 2012, article, Thomas M. Hoenig, vice chairman of the FDIC and former president of the Kansas City Federal Reserve Bank, made the following points:

“Each new Basel standard attempts to correct the errors and unintended consequences of earlier versions. But instead of resulting in better outcomes, each do-over has been more complicated and less effective than the last … Some remain confident that Basel III accurately assigns risk weights to numerous categories of assets. Unfortunately the weightings are more arcane than ever, and therefore, even less useful … We can establish a simple, but stronger capital base by replacing the unmanageably complex Basel risk-weighted standards with a tangible equity capital ratio of around 10 percent and use a simplified risk-weighted measure as check against excessive off-balance sheet assets or other factors that might influence banks’ safety.”

“The pace of bank failures during the recent financial crisis reached a level not seen in nearly 20 years, capturing the attention of regulators and policymakers — particularly those in search of the best gauge of institutional stress that might have reliably foretold of the difficulties.

“The capital ratio, a measure of a bank’s cushions against losses, is a key metric and its adequacy is critical to bankers, regulators and ultimately taxpayers. Over time regulatory capital ratios have evolved along with the shifting landscape in banking, becoming more complex in an effort to capture the risks of an increasingly complicated financial world. This reflects the idea that because a bank’s risk profile helps determine the amount of capital it needs, more complex capital ratios should provide a better assessment of institutional capital adequacy.

“Financial crisis experience suggests it is unclear whether ratio complexity enhances the ability to identify failure and is better than a simpler ratio. But a simpler ratio offers the benefits of greater transparency and accountability.  Conversely the presence of more complicated ratios — whatever the measurement shortcomings — may influence the incentives for engaging in excessive risk taking … In essence, greater capital ratio complexity doesn’t make the task of identifying future bank failures any easier.” (Dallas Fed Economic Letter, Vol. 8, No. 2, April 2013. Emphasis added)

Charles I. Plosser, president of the Federal Reserve Bank of Philadelphia, offered the following comments in a June 6, 2013, speech to the Boston College Carroll School of Management titled, “Reducing Financial Fragility by Ending Too Big to Fail”:

” There is probably no better example of rule writing that violates the basic principles of simple, robust regulation than risk-weighted capital calculations  … now Basel III requires 616 pages to provide guidance on risk-weighted capital. We have a wealth of examples in which risk-weighted capital rules have permitted very risky activities by institutions with little or no capital. In addition there is evidence that even for relatively simple portfolios the measure of risk weighted assets can vary significantly across banks.

“The problems with risk-weighted capital requirements suggest that we should move to a simpler, more transparent approach. I would prefer more emphasis on the simple leverage ratio, the ratio of capital to unweighted assets … “