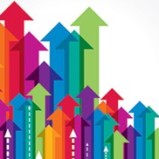 The below comparison of existing risk-based capital requirements for banks with the proposed RBC levels for credit unions by Douglas Alldredge, CPA and chief financial officer of First Credit Union ($402.5M, Chandler, AZ), shows credit unions would have to reserve twice the level of capital, 199%, for common asset classes where risk weights are different for credit unions compared to banks.

Alldredge’s comparison uses sample asset classes for investments, mortgage loans, home equity, consumer, and member business loans. In every asset class except one, the reserve requirement is lower, often significantly so, in banking. The current banking industry ratios are based on a 25-year history of using RBC to assess capital adequacy.

The cumulative effect of the differences on the mix of 14 common assets in Alldredge’s model is that credit unions would reserve $1.675 million in capital for each $1 million of assets per class. Banks, however, are required to have only $840,000 for the same asset total.

The model shows the competitive disadvantage NCUA’s RBC rule would place on credit unions, which would have to charge higher loan terms to generate the greater amount of reserves versus the amount required for banks. More importantly, the example illustrates the fallacy of trying to construct a single formula for computing capital for all financial institutions. As documented in prior articles, the growing consensus is that a simple leverage ratio is the best approach for setting capital levels for financial institutions.

Review Alldredge’s example and draw your own conclusions. Does NCUA’s proposal demonstrate competence in defining specific capital standards? Or is it just mimicking other regulators and imposing arbitrary ratios without any factual grounding?