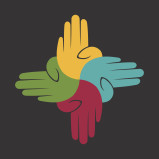 A recent observation by Governor Chris Christie of New Jersey about political discourse in Washington applies to credit unions and NCUA: “Nobody in this city talks to each other anymore….They don’t develop relationships. They don’t develop any sense of trust between each other.”

NCUA’s November board actions and subsequent commentaries capture this lack of meaningful interaction.

The problem isn’t just the standard practice of political leaders issuing sound bite answers to explain vital decisions; it is the absence of any meaningful dialogue before or after when acting on critical issues.

While substantive interactions between NCUA and the credit union community are lacking, the good news is that a better model exists at the state regulatory level. An example from Ohio demonstrates how constructive and mutually beneficial decisions can be made without either party’s roles in the system being undermined. The problem is not personalities, but institutional structure.

Why State Cooperative Solutions Are Important

Until the passage of the Federal Credit Union Act in 1934, the first 25 years of credit union experience were solely at the state level.   These pioneering state credit union acts enabled the unique value of the cooperative, member-owned model to be validated.   In the midst of the Great Depression, this state level innovation was endorsed as a national, not just local, policy solution.

The result was a dual chartering cooperative system in which the states have been the laboratory and proving ground for credit union innovation.   Share drafts (interest on checking accounts) were begun at the state level (Rhode Island).  Broad fields of membership were granted in numerous states including Wisconsin, Rhode Island, and Massachusetts long before they were deregulated by NCUA beginning in 1982.  Real estate loans were part of the credit union model in dozens of state systems decades before their authorization in 1978 for federal charters.   CUSOs, while not called by that specific title, were a part of the credit union fabric especially in the form of data processers for years before the first CUSO regulations were considered by NCUA.

Both stabilization funds and share insurance were created and first deployed at the state level.   From these numerous efforts the financial model now governing the NCUSIF was enacted by Congress in 1983 when the older, traditional premium based system no longer worked in times of crisis.  The cooperative share insurance design in which 1 cent of every member’s shares is deposited into a common capital and insurance pool is unique to the credit union system.

The Ohio Council: A Productive Institutional Relationship between a Cooperative Regulator and Credit Unions

The cooperative regulatory system has inspired numerous innovations at the state level.  Today, the Ohio Credit Union Council is a statutorily mandated, public forum in which all aspects of credit union supervision, regulation, examination and budgets are reported on and discussed for mutual understanding.

The Ohio Credit Union Council’s Chair is the superintendent of credit unions.  The six governor appointed members (with Senate consent) must have credit union experience.  Additional qualifications are defined in the law as follows:

Terms are for three years and members may serve only two consecutive terms.  Members receive no salary and are only reimbursed for expenses incurred in attendance at meetings.

The Council is directed to hold “regulator meetings.”  The current schedule is quarterly and, by majority vote, adopts its own bylaws and rules.   The following are some of the Council’s responsibilities as described in the statute:

The Ohio Council at Work: “Good Stewardship”  of Members’ Funds

I have talked with credit union Council members and Mike Wettrich, the Council’s chair and credit union supervisor.

The Council’s work gives both credit unions and the regulator confidence in the supervisory processes. It helps the regulator to know if he is defining the issues correctly.   Moreover, as no public funds, only member monies, are used in credit union regulation, the council also validates projects and resource priories.

The Council’s quarterly meetings are open to the public with agendas published in advance.   At the June 5th meeting there was extensive discussion of the FY 2014 budget (itself a reduction of 3.45% versus FY 2013) and the appropriate assessment for the impending fiscal year.   The level of the cash reserve for the credit union fund was mutually deliberated and various fee options explored.  The outcome was that the Council by motion confirmed a fee reduction of 19% for FY2014/15.

“The Ohio Division of Financial Institutions has a clear understanding that the credit union division’s operations are entirely self-funded through the supervisory fee assessment process. They understand that the assessment is an expenditure of members’ money. The division takes that very seriously and exercises good stewardship in terms of their annual operating budget.  The most lengthy portion of the council meetings involve the discussion of the financial reports, projected expenditures, and the division’s quarterly performance against its operating budget.”

This financial decision came as the last item after reports on personnel activity, an update on changes in numbers of state charters and regulatory approvals, and a report on examinations.   The examination report included number of exams completed, average turnaround time (18 days) and the composite ratings of all credit unions (81% code 1 or 2; 17% code 3 and 2% Code 4). There was also a briefing on legislative activities that might have a direct or indirect effect on credit unions.

The Council’s agenda covers every aspect of the regulator’s internal operations, policy, examinations and finance—as one member told me; it covers “everything.”   The Council will go into executive session if there are sensitive examination or policy questions.

Two recent rules adopted in Ohio illustrate outcomes reviewed by the Council.  One was to require CPA opinion audits for all credit unions with assets greater than $25 million (the Federal requirement is for $500 million-see 715.5 of the Federal Credit Union Act).  Secondly a rule was passed to limit employee benefit plans to 10% of a credit union’s assets.

Bringing Change at the National level

There was a popular book in late ‘90s entitled What they Don’t Teach at Harvard Business School. The book proposed three things you are not taught to say, but which executives need to be able to say: 1. I’m wrong. 2. I’m sorry. 3. Please help me. The book goes on to suggest that unless you say 1, “I’m wrong,” you’ll never move on in business. Unless you say 2, “I’m sorry,” you’ll be arrogant. Unless you say 3, “Please help me,” your self-sufficiency will be your downfall.

The Council model is one institutional effort to minimize these ever present human shortcomings. Ohio is one example of how a regulator of cooperatives and credit unions can interact positively about virtually all areas of supervision and examination—and with full disclosure and accountability. There is no build up of unneeded reserves or unilateral transfers among funds.   Neither party’s roles are undermined.  The process enhances confidence in the regulator’s decisions, and improves mutual understanding.  It encourages innovation and expansion of the credit union business model.

“The Council’s formal authority is limited except for confirming the annual dues.  We really do watch the purse strings.  It also is an opportunity to be heard, to provide input and to influence decisions.  Fortunately the regulator really does care and listens to us-our input does not fall on deaf ears. The essential ingredient is having the right people.  On their side, people who are sincere and will respond; and on our side persons who know the issues, are informed and committed to making the process work.”

How can these characteristics be brought to the NCUA’s regulation of cooperatives?  There are three possibilities:  enlightened NCUA leadership in partnership with credit unions; through legislation; or by market forces with more and more credit unions opting out of the federal charter.

The challenge of NCUA’s institutional relationship with the regulated underlies every issue before the board.   What other reform can have a higher priority for credit unions’ future—for NCUA’s actions today are being developed on an uncertain foundation.  Without “trust in each other,” nothing substantial can be built.   It’s time to look for new models from the state system.