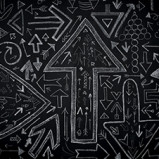 The Potential Harm Of A Risk-Based Capital Rule

We do not have to speculate about the downside of what a regulatory-designed and imposed capital system would do to credit unions. Just look at the corporate network on which NCUA imposed risk-based capital standards following its September 2010 seizure and liquidation of five corporates.

The chart below shows the risk-based capital ratios of the 15 remaining corporates as of December 2013.

The capital and regulatory requirements have distorted corporates’ balance sheets and made it difficult for the system to offer competitive value to members. This decline in relevance is evident in the continual, quarterly downslide of the system’s total assets. Its current market share is at an all-time low of 6%.

In addition to constraining the balance sheet value for members, NCUA has decreed that in two years it will not include membership capital — still called capital, continuing to be at risk and not withdrawable — as capital for ratio compliance if there is not a specific mix of capital components. After 2016, NCUA will require that corporate capital composition include a minimum percentage of retained earnings versus member capital. Further, member capital above a certain percentage will not count as capital for RBC ratio purposes. This rule contradicts the practices of all other regulators, violates GAAP, and shows the arbitrary and self-contradictory nature of NCUA’s capital rulemaking.

If there was ever a doubt about the wisdom of allowing a regulator to determine the riskiness of various assets, NCUA’s proposal should be exhibit No. 1. The following is a sampling of inconsistencies and unrealities raised so far:

The examples of inconsistent weightings between and within asset classes could be expanded further. Although NCUA says the rule is motivated in part by the Basel standards, several categories of risk ratings are inconsistent with bank weightings now in effect. For example, depending on the amount of real estate loans on the balance sheet, a credit union could be required to hold a higher percentage of capital for these loans even though its loan quality has been significantly better than banks as far back as numbers are available.

Although a credit union might be in compliance with every nuance of the proposed capital regulation, the proposal also includes a new section — 702.105-Individual Minimum Capital Requirement.

According to this section, “appropriate capital levels for an individual credit union cannot be determined solely through the application of rigid mathematical formula or wholly objective criteria. The decision is necessarily based, in part, on subjective judgment grounded in NCUA expertise."

Where’s The Legal Authority For The Rule?

The Federal Credit Union Act prescribes the capital requirements for credit unions under the prompt corrective action section. Yet, Table 1 of the proposed capital rule imposes two capital tests, not one. The first is the existing PCA classifications from less than 2% to 7% based on the net worth-to-assets ratio. The new rule would require every credit union to meet both the PCA and the new risk-based net worth tests to be well-capitalized. Can NCUA impose higher capital standards than those explicitly required in the Federal Credit Union Act? Shouldn’t it be Congress that establishes such a change?

As Carrie Hunt, general counsel for the National Association of Federal Credit Unions (NAFCU), stated in a CU Times letter to the editor, "We have asked the agency to show us why new capital rules are necessary. We asked to be included in the discussions prior to any rule making. Yet the agency plodded forward with its look at capital rules, keeping everyone in the dark as to what exactly it would propose … NAFCU supports a risk-based capital system for credit unions. But we need Congress to make statutory changes to achieve a fair system. What we do not support is NCUA's effort to force credit unions to hold more capital as a substitute for appropriate examinations or to address mismanagement."

How  Should Credit Unions Respond?

One would hope NCUA would consider all of the difficulties with the RBC rule and take it off the table. There is no data that shows it is necessary, the experience of other regulators — such as the Fed and FDIC — suggests it is counterproductive, and the history of the corporate network shows the damage a poorly designed rule can cause. The draft proposal itself illustrates the inconsistencies, complexities, and foolishness of identifying the ever-changing varieties of relative market risks with a number imposed in a rule. But perhaps most importantly, the concept of risk-based capital is a banking — not cooperative — financial concept. The entire basis of a cooperative financial system is different from banking. Banks must maximize ROE, and one way to do that is to constantly change their mix of risk assets to sustain earnings and share prices or face the fate of a market takeover. In contrast, credit unions are serving a community of members with the sole purpose of enhancing member value. This means providing products and services in a manner most appropriate to the group being served, not maximizing some financial performance metric.

The RBC rule will force credit unions to think like bankers, to evaluate marginal returns from different asset classes, and to manage investments and loans outside the context of member needs. This is not why cooperatives were established or how they were meant to perform. Further, such rules have not worked for banks and would distort the cooperative model because they would compel management to treat different kinds of member solutions, especially loans, as more or less viable based not on each credit union’s performance but on national, standardized risk ratings of asset classes, e.g., credit union loans.

Nonetheless, it is doubtful NCUA will withdraw its proposal. Rather, it will tinker with the weighting, claim to have listened to credit union concerns, and issue a revised rule with new classifications and new modeling outcomes. One need only review the agency’s recent efforts defending corporate assessments, the CUSO rules, or prohibition of home-based credit unions to see its inability to rethink its own actions. Moreover, the trade associations have long lost their willingness to oppose NCUA's missteps. They will settle for the role of making the rule less damaging and then educate credit unions on the resulting folly.