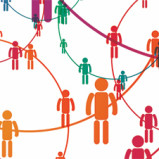 The Virtues Of Timely Reporting For The Cooperative System

On January 15, NCUA chairperson Debra Matz announced a policy to fine credit unions to ensure timely filing of all call reports. According to Matz, more than 1,000 reports had been late at the third-quarter deadline. The proposed fines are draconian, up to a $1 million per day.

The rationale for the new enforcement is that timely information is vital for proper oversight of the credit union system. Certainly timely data is better than stale data; but is the real problem late filing or is it other factors? Has the NCUA demonstrated a commitment to timeliness in its own reporting responsibilities to Congress and to credit unions?

These are the gaps in days between the final due date and the release of the FOIA tape for the first three 5300 quarterly reports filed by credit unions in 2013:

These results do not suggest any meaningful variance in NCUA’s release of data. The due date for the fourth quarter was January 24, so looking ahead, a release date on or before March 3, 2014, or 38 days after the report deadline, would show improvement in NCUA’s information processing.

Is The Problem The Deadline Or The Process?

The reporting process has become so cumbersome, repetitive, and pervasive that finishing the forms is an ever-expanding challenge. Even with profile data — much of which could be routinely collected during exams — NCUA seems unable to use it to enhance its own or the system’s performance. For example, when NCUA was proposing the CUSO regulation, it disavowed the value of the data it had been collecting for more than two decades. Instead, it established a whole new reporting process.

Like the NSA, the NCUA is collecting data just because it can with the presumption that it might be useable under some future circumstance.

In a cooperative system, timely reporting at all levels provides data and transparency for everyone —  members, management, and regulators — to observe. All have a common stake in both system and credit union self-improvement. Unlike the banking system, cooperatives do not have conflicts of interest between shareholders and customers or owners and regulators. In contrast, credit unions’ common interest in using timely, accurate, and in-depth data helps make the system cooperative strong.

In critical areas where NCUA has had control of the inputs, process, and output of information, it has not demonstrated timely reporting. Here are three ongoing responsibilities where improvement by NCUA would benefit the entire cooperative system:

NCUA’s goal of timely system reporting is laudable. But if this is an exercise to deflect attention from its own responsibilities, then nothing will change. The NCUA board must walk the talk in making information timely and meaningful. One of the advantages of the cooperative model is the readiness of credit unions to share information for their own and the system’s benefit.

For this exchange to succeed, all parties must accept responsibility for designing, filing, and releasing data effectively. If NCUA engages credit unions earlier and collaboratively, rather than fining late filings, it can improve processes and enhance data quality.

Let’s hold off on the fine talk. Instead, NCUA should start a dialogue with all parties to make the cooperative system a leader in timely and complete transparency. That would make cooperative strong an even greater system advantage.