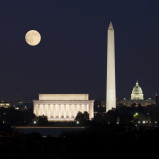 The Administration vs. Congress standoff over funding the government and raising the U.S. Treasury’s debt ceiling has important implications for the credit union system. This event is a warning signal about the credit unions’ dependence on outside liquidity providers and the threat to the system’s  financial stability in a crisis.

While short-term actions have resolved the current impasse, the ongoing strife between competing political ideologies remains.  The potential for future acts of brinksmanship exists.   This means that  relying on government funding (even temporarily)  is uncertain in a systemic or even limited crisis –  especially for an industry exempt from federal taxation.

The credit union system has until recently positioned itself to be self–funding for any liquidity event.  Now that the cooperatively funded Central Liquidity Facility has been dismantled and the corporate system regulated into insignificance, the system’s liquidity options are either banks or government sources.  Neither has the financial sustainability of the cooperative system as their primary responsibility.

In June 2007, before the full impact of the financial crisis was felt, the corporate system had reached a new high in market share holding 38.2 percent of all credit union investable funds.  So pervasive were corporates that every one of the top 100 credit unions had an investment with one or more of them. These 100 largest had invested 35.4 percent of their total portfolios in the corporate network. In fact, three of the nation’s largest credit unions each reported more than a billion in corporates, led by the $3.5 billion invested by State Employees North Carolina (SECU).

As of June 30, 2013, the largest 100 collectively have corporate investments of only $3.4 billion –  less than what SECU had invested just six years earlier.  Today, 31 of the top 100 report no corporate relationships at all.  Of the 69 top-tier credit unions that report an investment, the corporates hold only 3.9 percent, or about one tenth of the amount held six years earlier.    Altogether, the largest 100 credit unions have investments of $148 billion, but only 2.3 percent of this total amount is held in the corporate network.

A vital Corporates function was providing system-wide aggregation of surplus funds so that any market crisis could be managed within cooperative resources.  New regulatory limits prevent this aggregation, which had “prepositioned”  credit unions to be self–funding in every prior liquidity crisis including the most recent Great Recession.

An Investment Diaspora throughout the Market

Today, credit unions individually direct over 90 percent of their investments outside the system’s internal aggregation. For example, credit unions report more than twice the amount of investments ($48.6 billion) in banks than the $22.2 billion in corporate shares at midyear.

Over 25 years, the corporate network had developed its role as the cooperative liquidity safety net on which all credit unions could rely. Liquidity does not mean just having investments on the balance sheet, but also the ability to readily convert these assets, whatever term, to cash without significant principal loss.  Investments in corporates were mostly short term and readily liquid, even if the credit union had to borrow against a longer-term certificate.  This collective capability to fund credit unions was dramatically demonstrated during the recent financial crisis.  No credit union had to deny borrowers or savers funding, even as markets froze across the world.

Moreover, the corporate network provided funding for the CLF in its role as the dedicated cooperative “lender of unfailing reliability” with congressionally approved borrowing capability of over $40 billion. Today, the CLF has just over 140 members and a borrowing capacity reduced to less than $2 billion. The cooperative credit union system is without either  an internal or external liquidity solution.  Every credit union is left on its own to plan for systemic or local liquidity threats.

When corporates held 35 percent of credit unions’ investments, those funds were essentially always liquid.  There was significant value to every credit union, large or small, to be a part of this broad liquidity pool.  Both the structure  of the investment products and the fact that they were not subject to available-for-sale or held-to-maturity classifications made them fungible if ever needed.   This  liquidity cushion no longer exists; the CLF back up that corporates funded is not credible in its current structure; and  regulatory limits prevent corporates from expanding their role even if they wished to do so.

Each credit union must manage its individual cash flows and investment portfolios to respond to whatever external changes might impact its balance sheet.  But most alarming is that in a crisis NCUA has made the continuing operations of credit unions dependent on the government—and as events have shown, that source is not reliable.

Two Wakeup Calls: Why Restoring a Cooperative Liquidity System Must Be a Top Priority

In May, Fed Chairman Ben Bernanke announced that the Federal Reserve would begin tapering its purchase of investments as part of a strategy to reduce monetary easing as the economy gained momentum. The market response was instantaneous, with longer-term rates as measured by the 10- year treasury rising over 100 basis points. This yield curve change immediately caused a decline in the value of investments with terms longer than two or three years.  Callable securities extended beyond the call dates, and prepayments of mortgage-backed collateral slowed.  The result of this decline was that credit union investments became much less liquid, some even frozen, as drops in value made it costly or impractical for credit unions to rebalance portfolios for liquidity purposes.

The government funding impasse produced two other uncertainties.  One was the specific impact on cash flows for credit unions with government employees or contractors enrolled in payroll deduction that were temporarily stopped. And with only a short-term solution reached, those cash flows are still unreliable.  This cash-flow problem comes at the same time that the members are relying on their credit unions to provide lines of credit or other accommodation as they lose control of their own cash flows.

The second impact is on the certainty of government borrowing.  Some members of Congress at the center of the debt-ceiling showdown commented that a default by the government might not be significant for the economy.  For credit unions, this casts doubt on the two minimal liquidity lines of credit remaining: the $2.0 billion of potential CLF draw and the unused balance of the TCCUSF, which is to only be used for the corporate resolution.

The political gamesmanship being played out now in Washington  in part reflects the much stronger [M1] state of the economy.   One can only imagine what this ideological intransigence might cause in a real crisis—whether isolated to a particular region, a specific industry, or national in scope.  Can any sector, expect  to receive government funding – even if temporary –  given the political dynamics? This would seem especially dubious   in the case of the tax-exempt credit union system whose regulator had  defunded the cooperatively designed  safety net?

Credit unions were started with no government support, no insurance, no access to the Fed or FHLB system or even external capital. They were seen as an alternative, independent model to the financial systems that had failed.  Isn’t now the time to go back to this core concept and create a cooperative alternative before the next threat to liquidity and credit union stability materializes?