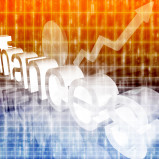 Why Regulating Financial Cooperatives is Different from Banking Regulation

Three factors may contribute to the impression that regulating credit union cooperatives is the same as banking oversight.

The error of equating credit union regulation with banking oversight could be the greatest threat to the cooperative model. As a former NCUA Chairman stated:

“The only threat to credit unions is the bureaucratic tendency to treat them, for convenience sake, the same as banks and savings and loans. This is a mistake, for they are made of a different fabric. It is a fabric woven tightly by thousands of volunteers, sponsoring companies, credit union organizations and NCUA-all working together.“  (E. F. Callahan, Chairman, National Credit Union Administration, 1985)

The Primary Purpose of Banking Regulation

After issuing charters to provide for a banking infrastructure to serve a market economy, regulation of the banking industry is driven by the following key objectives:

While credit unions’ business tactics have evolved so their transactions are similar to banking, their purpose, ownership structure and financial model are fundamentally different.

Credit unions’ purpose is singular: to provide the best possible value for their member-owners. Value can include better prices, lower fees, enhanced convenience and access, flexibility and education – all overseen by a governance model that mandates user participation.

Through the cooperative ownership structure, the inevitable conflicts of interest that occur in the banking model disappear. In cooperatives, the users are the owners. Volunteer directors who oversee the credit union’s business decisions are elected under the principle of one member, one vote.

The financial model is based on self-help. Credit unions start with no financial capital; they have no access to market capital. Instead, they collect member-owner shares which are used to make loans to other members. From this income stream, they build “reserves” (financial capital) that are set aside for future contingencies.

Moreover, all of the reserves created are paid forward as “common wealth” to benefit future member-owners and their communities.

This dependence on internally generated financial capital acts as a “governor” on growth. In the last ten years, the average annual growth of credit union financial capital (net worth) has been 5.42 percent. Total assets have increased at a 5.52 percent annual rate (2002-2012).

The fundamental strength of a credit union relies on the participation and loyalty of its member-owners.  Its strength does not derive from the ability to outperform peers or to attract market financial capital through superior stock performance.

Credit unions were intended to be innovators, not emulators, in the financial services industry.

They were initially created to help consumers find credit. In the early years of the 20th century, banks served businesses and well-to-do individuals; thrifts made housing loans.  Consumers were not the focus of the financial establishment.

When the Federal Credit Union Act was passed in 1934 during the Great Depression, it built upon the   25-year experience of state-chartered credit unions. It extended to all citizens the right to organize with their peers a financial, self-funding source for personal credit. Over the past 78 years, more than 24,000 federal charters have been issued since the Act was passed, with 4,300 still active.

As financial cooperatives, credit unions’ tax exemption motivates consumers to start their own enterprises, where the purpose is not private gain, but common benefit. The Federal Credit Union Act was a public policy initiative to provide consumer credit and thereby stimulate economic growth via increased consumer spending. Today that countercyclical economic role is still vital with credit unions achieving their two highest years of loan originations ($525 billion) during 2008-09, the worst years of the Great Recession.

An important feature of the cooperative model is the ability of credit unions to work with each other.   These cooperative, networked business efforts bring scale, expertise and service options to the smallest of credit unions, allowing members to benefit from convenient outlets and solutions – much more than any single credit union could provide on its own.

This cooperative capability is the single, most-important competitive advantage that credit unions create. Many examples – from indirect auto lending, small business loans, core-processing options, to credit and debit cards, shared branching, student loans and national surcharge-free ATM networks – are unique in the financial services sector in terms of scale, scope and design. Credit unions are chartered independently, but they are interdependent in many of their member-facing solutions.