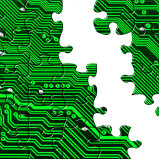 Arrowhead Credit Union: What Happens When Member-Owner Governance Is Removed From A Credit Union

No credit union in America has come close to the bottom-line financial results of Arrowhead Credit Union’s 3.75% return on assets (ROA) for both 2011 and 2012. Not one. First quarter’s 3.13% ROA was equally strong, given the 14.25% unemployment rate in San Bernardino County, the credit union’s primary market.

How can this off-the-charts financial performance be explained? How can a financial cooperative’s net worth ratio (with no access to external capital) go from 3%, according to NCUA’s June 2010 conservatorship 5300 filing, to over 10.5%, just two and a half years later? Is this astonishing financial performance—indeed a miraculous turnaround—or is it just a mirage, an example of regulatory financial alchemy?  Let’s look at the results to see what explains this  phenomenon.

The Reserving Judgment: Management’s Approach and the Regulator’s

Arrowhead’s near-incredible financial performance from June 2010 through March 2013 is due primarily to the management of one account: the reserve for loan losses.  The Credit Union’s CEO, Larry Sharp, and his team were adding to the allowance account at a rate of $6 million per quarter as of March 31, 2010. The allowance total was more than 250% of total delinquent loans at this level of expense; the credit union also had shown a 1.20% ROA for the first quarter of 2010.

The NCUA took over the credit union by conservatorship on June 24, 2010. The entire management team and board were removed. The examiners and managers brought in by NCUA doubled the loss expense in the second quarter to $12 million. The full-year expense totaled $36 million and resulted in an allowance account of $49.2 million at December 2010 –  more than 400% of the $12 million total delinquent loans at the same date.

This increase in loan-loss expensing resulted in a bottom-line loss of $4.7 million (after the NCUSIF insurance premiums), for an ROA of negative 50 basis points for 2010.

So was this a sound judgment?  Were the examiners correct or was the assessment of the situation by Larry Sharp, the veteran CEO of more than 25 years, and his team more accurate? Fortunately, we know the results because two full years have passed and we can see if the level of reserves was too much, too little or just about right. These numbers are NCUA-generated, so we know they must be right.

Over-reserved By More Than Double

So, whether one takes a one- or two-year view of  matching the allowance with probable losses, the credit union overstated the loss expense in 2010 between $17 million and $27 million. Had this not occurred, then the credit union would have reported a positive net income of between $13 million and $23 million, equal to or even double the first-quarter net income that management had reported.

This over-reserving had a second impact beside materially misrepresenting the credit union’s 2010 performance.  In 2011, the credit union charged off $22 million, as noted above; but because of excess reserves, it expensed only $7.8 million. This means that the bottom-line reported net income was increased by over $14 million by using the prior year’s reserves.  Aligning expenses with actual write-offs would have reduced the credit union’s reported $25 million in net income by 56%. The same practice contributed to the 2012 record ROA.

The Price Of Regulatory Misjudgments

So, why should we care if the regulator’s judgments were wrong?  Wasn’t NCUA simply being conservative?  After all, now the credit union is back in the hands of its members.  Isn’t everything going to be okay going forward, and wasn’t this action just a little financial detour?

The most extreme action that a government authority can take is to substitute its control and judgments for those of a credit union’s management and elected leaders. This violates the foundation of the cooperative model, which is member-owner responsibility and leadership of the credit union.

Once the regulator takes control away from the member-owners, then it is the regulator’s interests that determine  the outcomes. There is no longer a member check and balance or, in this case, even advice.

The takeover of Arrowhead was controversial.  The regulator had to prove its extreme actions were correct, so it exaggerated the losses. By overstating the problem, NCUA initiated steps that severely hampered the credit union’s ability to serve its members’ needs in the middle of the crisis. Lines of credit to businesses were cancelled; loans that had been modified to help members were summarily written off; branches were closed; employees who had struggled and sacrificed to put the credit union in a turnaround position were let go.

The community and members are still paying today for this regulatory overreach.  Over the past two years, Arrowhead Credit Union’s membership has declined by 35,000 members, loans are down by $250 million, shares have fallen $204 million and the branch network has been reduced from 25 to 11 branches.

The decline in Arrowhead’s balance sheet and operating capabilities, not to mention community loyalty and goodwill, will take years, maybe a decade to repair.  The economy has yet to come back, as in other parts of California, and the credit union’s $380 million investment portfolio now exceeds the $376 million in member loans – not the best position to build earnings in a low-rate environment.  At $27 million, the allowance account is almost 400% of total delinquent loans.

When the seizure of Arrowhead occurred, many credit union people, as well as the local community leaders, spoke out in opposition. Dave Chatfield, who had led the California Credit Union League, publicly challenged the conservatorship.  And on July 27, 2010, 66 leaders of California’s Inland Empire business community took action, sending a letter to NCUA asking when they would get their credit union back. (These local leaders included company presidents, a hospital CEO, university presidents, three mayors, attorneys, local council members and pastors.)

NCUA never supported its actions with facts. The June 25, 2010, press release stated that the reason for the conservatorship was that Arrowhead Credit Union was in “declining financial condition.”  NCUA then posted  a note on the credit union’s web site saying  that the Agency had “safety and soundness concerns which were deemed detrimental to you as members.”  NCUA spokesperson John McKechnie said in interviews that “the credit union was not reversing negative trends and not on a trajectory to return to profitability” and that the Agency had “found inaccurate data.” All of these generalizations were at best inaccurate, and at worst false.

Arrowhead Credit Union demonstrates the lack of wisdom in having government try to run a credit union, even in conservatorship.  A remedy must be found to change how this extraordinary power can be exercised and how government is accountable when it exercises such power. That requires a new approach to regulatory oversight, one based on mutual respect and a willingness to use alternative solutions when a change of credit union direction is needed.  Conservatorship has become an unchecked authority. It has been used, or the threat of it has been used, much too often in the recent past.

Changing this regulatory practice should be a top priority for the new Board members at NCUA. It would also represent a fresh start if the current Board members were to issue an apology to the prior leadership of the credit union and community leaders for what is now clear from NCUA’s own numbers was to have been a very intemperate action.