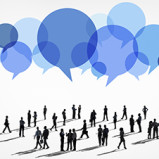 The CreditUnions.com article NCUA’s Proposal Would Prohibit Home-Based Credit Unions outlines NCUA’s new rule to eliminte credit unions’ ability to operate from or in a private residence. In the rule’s presentation, NCUA staff asserts that “the lack of a business office impedes the ability of the FCUs to thrive and grow.” The rule’s further purpose is to “ensure that all FCUs operate in a manner consistent with modern-day expectations for insured financial institutions.”

However, these statements overlook the fact that some credit unions choose to stay small and serve a group of members in ways no other firm can or would. It is their mission, not the scope of their products or technology, that makes these firms vital and responsive.

The following are several examples.

28 Years Of Serving A Familial Field Of Membership

I first learned about First Frontier Federal Credit Union ($449K, Lynbrook, NY) more than 15 years ago from Rosemary Hardiman, counsel to Callahan & Associates and a prior secretary to the NCUA board. She is a member of this family-focused credit union.

First Frontier was chartered in 1986 to serve the direct descendants — by birth, marriage, or adoption — of Patrick Mahoney, who immigrated to the United States in 1863. The credit union has 120 members out of an estimated 800 FOM. It specializes in loans to members for education, first time borrowing needs, and higher-priced debt replacement. The credit union’s borrowing rates range from 4-6%. Dividends on shares are in excess of 2%.

First Frontier keeps its expenses low — it reported $5,800 in operating expenses in 2013 and $4,402 in 2012. It does not have cash, its management consists of volunteers, and its equipment and office space is donated. Teachers Federal Credit Union ($4.9B, Smithtown, NY) serves as First Frontier’s correspondent for check cashing, deposits, and investing.

The credit union was an outgrowth of an MBA project by current CEO Don Maloney. Maloney evaluated different financial charters and opted to go the credit union route because banks required brick-and-mortar offices, minimum capital, and other operational capabilities Maloney did not need.

“We are not in this to make money,” Maloney says. “We just want to help our family members, especially those that need it or get into trouble with debt.”

He had not heard about NCUA’s intent to ban home-based credit unions until an examiner contacted him after the agency published the proposal. The requirement to obtain and maintain a business office in a commercial setting could cause the credit union to go out of business.

During the 30-day comment period following the publication of the proposal, credit unions provided compelling arguments against the rule. Their observations show how the proposed rule ignores both the rich history of home-based credit union successes and the value they bring to their diverse member base.

Several comments — excerpted below — state the new rule could result in the credit union going out of business. Moreover, they disagree with the characterization that they cannot provide real value to their members.

The Troy Area School Employees Federal Credit Union ($2.0M, Troy, PA) board of directors demonstrated just that in its comment:

“Our credit union, the Troy Area School Employees FCU, has a limited customer base. We seek only to serve the employees of the Troy Area School District. We only offer savings accounts and loans less than $10,000 and have no intent to offer additional services. We only wish to be used as a benefit to the employees. Your proposal would force us to make cuts that would make us unable to attain this goal. Because we do not seek to maintain a large profit, we are able to offer our customers higher interest rates. If we could no longer do this, we would lose accounts.”

Robert Surinak, president of Joliet Firefighters Credit Union ($5.8M, Joliet, IL), states his home-based credit union is the best primary financial institution to serve its members’ needs. Passage of the rule  could “lead to the demise” of the credit union.

“Today, we celebrate our 56th year —more than five decades of serving firefighters in Joliet, IL. Our credit union has always been there for our members —not only in good times, but also, more importantly, in the toughest of times when our members need us most. Our products are simple, shares and loans, but our mission is far from simple. We are here to serve our members and will never forget, not for a moment, why we are here. We have accomplished a great deal in our 56 years and remain steadfast in our focus and promise to improve the lives of our members.

“While the home-based model no longer fits the needs of the vast majority of credit unions, it fits us. The proposed rule to mandate a commercial office would lead to our demise and leave 522 members devoid of the credit union they built — and that is unconscionable.”

Robin Green, president & CEO of Advantage One Federal Credit Union ($20M, Morrison, IL), worries that the costs of commerical space will ultimately lead to the failure of many credit unions.

“The requirement to move into commercial space would place an enormous financial burden on these credit unions and would undoubtedly lead to forced mergers and liquidation. Maintaining a bottom line is a huge challenge in this day of economic strife. Unemployment rates are at their highest, gas and grocery prices are continually climbing. Trying to find ways to cut expenses and increase our bottom lines is a never-ending struggle. If home-based credit unions are forced to rent space, it will surely be their demise. Renting commercial space is an astronomical expense for any of us, and thinking small credit unions could afford such an expense is ludicrous.”

A Hardship For Credit Unions

“Please consider the hardship you would be placing on small credit unions with this proposed rule. We cannot afford it and believe our continued monitoring of income and expense will provide the solution to our problem and ensure our survival. The basic operation of a credit union is to provide service to our members with the least amount of expense possible. We respectfully oppose your requirement of moving us to a commercial office space because this restricts our ability to control our expense!”

“This rule takes a one-size-fits-all approach to solving a problem. If there are safety or other concerns that examiners have with specific credit unions, I agree those issues must be dealt with. Rather than one blanket rule, I suggest a rule that allows the NCUA board to sanction in some way — possibly by revoking charter, fines, or penalties — each specific credit union that has received complaints. There may be other ways to solve the problem also.”

“It is true that the home-based model no longer fits the needs of the vast majority of credit unions. Our world changes and credit unions have changed with it. Yet, a small number of home-based credit unions cling to the original credit union model. We should cherish them and support them in whatever way we can. Instead, this proposed rule would effectively end them.” (emphasis added)

The Right To Be Different

These examples of home-based credit union benefits are completely absent in NCUA’s presentation of the rule. There is no balance in NCUA’s description of the situation.

Many credit unions, as one commentator mentions, were started out of a home or the back of a car. This is more than heritage, it is a recognition of the fundamental intent of the Federal Credit Union Act that ordinary men and women could aspire to and operate a financial institution managed in their group’s interest. It did not have to be big, or modern, or even strive to grow. More important than all that, it should fairly serve its members who are the reason for its being.

Will the industry turn its back on these long-serving organizations just because they remain committed to their original vision?